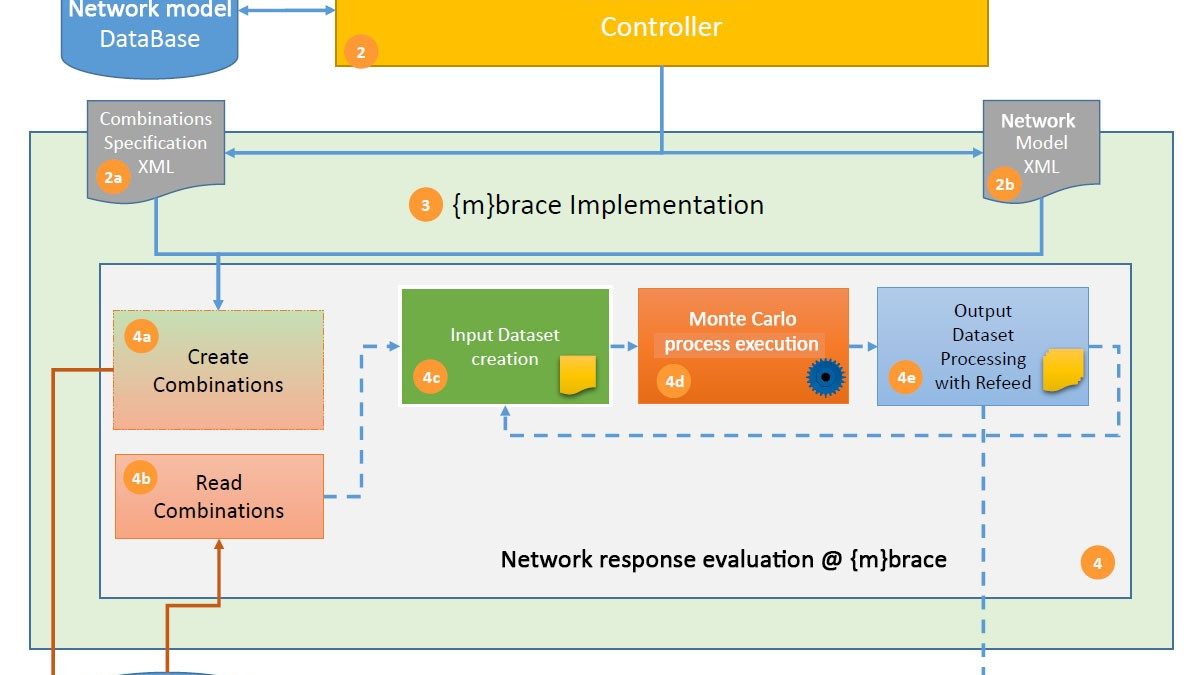 One of the common ways to evaluate of the robustness of a network infrastructure is to estimate its behavior under a set of conditions that can vary in a non-deterministic way. In order to achieve that, a model that depicts this behavior as a function of the aforementioned load is needed, along with a Monte Carlo analyzer. Such a scenario was implemented using MBrace as a means to familiarize oneself with this technology. 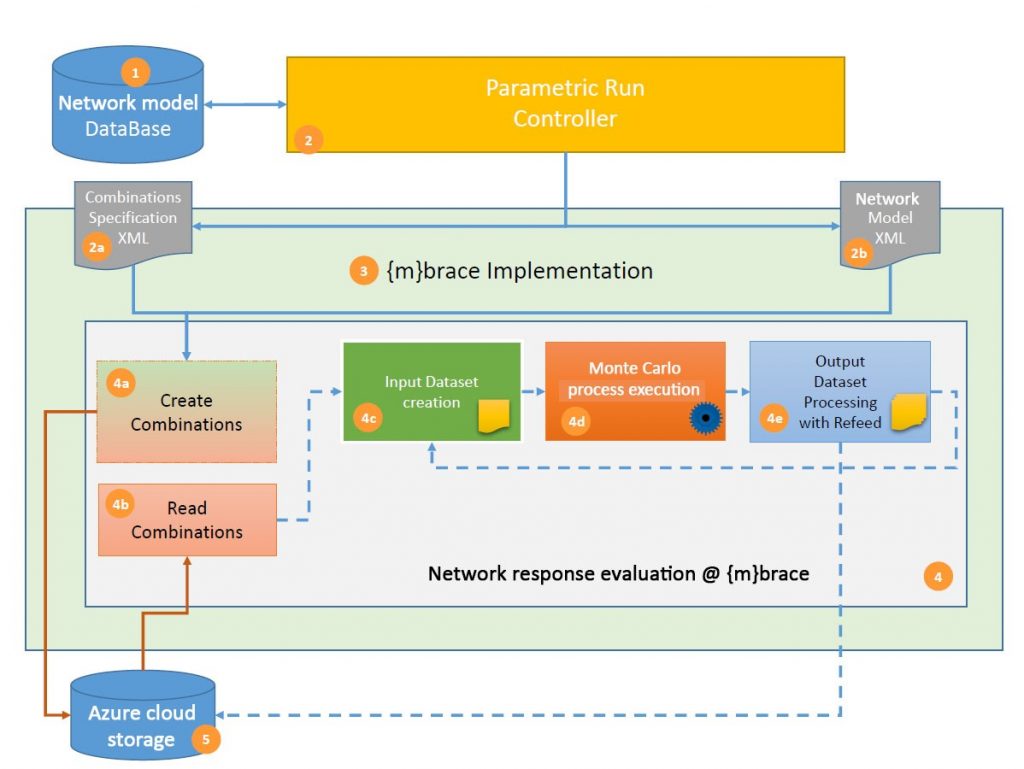 The process is depicted in the graph above where the network model, the Monte Carlo analyzer and MBrace were utilized in tandem with the Azure cloud provider in order to assess the network behavior under millions of loads. Parallel scalability using Azure and MBrace is almost linear for the particular problem, making the latter a very good candidate for solving discrete linear problems