Waveform Candidates for 5G and Beyond 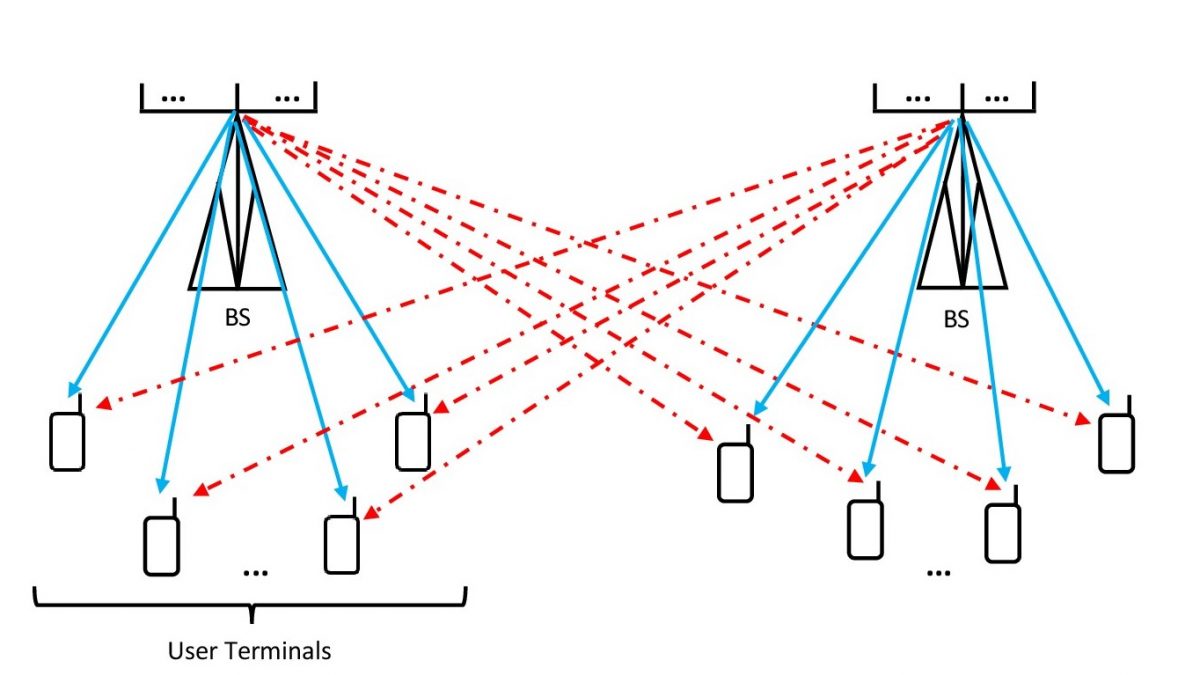 In the current cellular architecture, illustrated in Figure 1, each base stations (BS) only have access to data symbols intended for users in its coverage area. As a result, BSs process user data independently, which result in poor service quality to users at the cell edge. This is mainly due to inter-cell interference caused by the separate processing at each BS. The heterogeneous nature of 5G and beyond systems coupled with high user mobility will aggravate the effect of inter-cell interference and make its management very complicated. 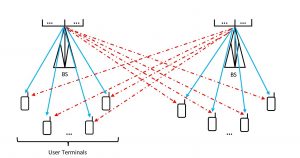 To improve the performance of conventional cellular systems, interference between neighbouring BSs must be reduced drastically or even cancelled totally. One key approach that has been proposed to deal with this problem is the concept of network MIMO or coordinated multipoint (COMP). In network MIMO systems, BSs are interconnected via high capacity backhaul links to form a large multi-user distributed MIMO system and cooperate to serve all scheduled users. Hence, the independent processing of individual BSs is replaced with a joint processing at a single point of attachment (SPOT) over multiple access points (APs), which act as a massively distributed system of receive antennas (Figure 2). 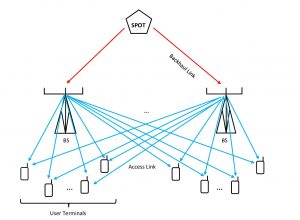 This significantly improves cell edge user throughput since multiple APs operate using the same radio resource without causing mutual interference to each other. Although such an architecture provides considerable enhancement in system performance, it requires a very high backhaul capacity. As an alternative to distributed MIMO systems Physical-layer Network Coding (PNC) promises similar performance without any increase in backhaul load compared to a conventional non-cooperative network.

We employ the simple two way relay channel (2WRC) to illustrate the basic idea of network coding (NC) and PNC, as shown in Figure 3. Nodes A and B wishes to exchange data through a relay node, R. In the conventional case, node A transmits SA  to R in time slot one, which is forward to B in the second time slot. The process is repeated in the reverse direction. Hence, four time slots are require to complete the entire transmission. In the case of NC, the relay generates the XOR of SA and SB, i.e. SA

SB, which the forwarded to the destination nodes. The two destination nodes can then recover the desired data by reversing the network coding operation. For instance node B can extract SA by performing SB

SB) = SA, with SB acting as side information. NC uses three instead of four time slots to achieve communication between A and B.  By exploiting the broadcast nature of the wireless channel, PNC uses only two transmission phases, the multiple access phase (MAC) and the broadcast phase (BC), for information exchange between A and B. In PNC, A and B can transmit their signals to R at the same time during the MAC phase. The relay then extracts the XOR function from the superimposed signal from A and B.  The resulting function is sent to A and B in the BC phase. The key to PNC is the design of appropriate network mapping functions to adapt to time varying channels.