In today’s mobile networks, we are used to having high speed connectivity most of the times. Hence, a natural question is why do we need to invest so much effort and resources in developing new and more advanced techniques? The answer is that the value is shifting from providing high speed connectivity for mainly man-controlled devise, such as smartphones, to enabling the coexistence of a network of things such as wearable devices, cars or smart cities objects under the same network ecosystem. Moreover, new applications are being envisioned such as the real-time tactile internet which promises to allow instant feedback from the network thus enabling virtual reality and mission-critical industrial automation, bringing new challenges to meet extremely low-latency requirements. The role of research in telecommunications in this respect is to look ahead and explore how enhanced connectivity can change our daily life. In this context, my specific research activities focus on the study of novel Radio Access Network (RAN) technologies, which represent the first link from the end user (or thing) to the rest of the network, to support the upcoming demands of new wireless standards, such as the 5G and beyond.

Developing a new RAN is a crucial step towards successful deployment of future mobile networks, as it represents the first fundamental layer onto which all other building blocks of a mobile network are laid. This implies understanding the physical reality of the wireless medium onto which the signals travel and, by suitably modelling it, design new communication strategies to be operated both at the network-side and at the user-side to maximize some given utility. 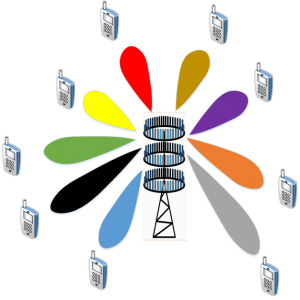 Figure 2: Example of separation of user transmissions in space